A New Kind of Crypto Miner

Mining HNT is done by installing a simple device on your home or office window. That's it. Seriously.

Hotspots provide miles of wireless network coverage for millions of devices around you using Helium LongFi, and you are rewarded in HNT for doing this. And because of an innovative proof-of-work model (we call it “Proof-of-Coverage”), your Hotspot only uses 5W of energy.

A World of Hotspots

Since the approval of HIP 19, Third-party Manufacturers and Vendors looking to produce and supply Hotspots that mine HNT can seek community approval.

Below are the Hotspot models that have so far been approved by the community and the Manufacturing Oversight Committee, which governs vendor onboarding. Please do your own research as a vendor listing does not equal endorsement or recommendation.

How do I earn HNT?

Hotspots on the network are randomly and automatically assigned Proof-of-Coverage tests to complete. Passing and witnessing tests earns HNT.

Hotspots earn HNT for transferring device data over the network. The more device data a Hotspot transfers, the more it earns.

The Value of HNT

Millions of compatible devices can use The People's Network and each device requires Data Credits (DC) in order to send data to the Internet.

Fixed in value, DC are created by 'burning' HNT, reducing the total supply to achieve a Burn and Mint Equilibrium. The more devices using DC, the more HNT will be burned. 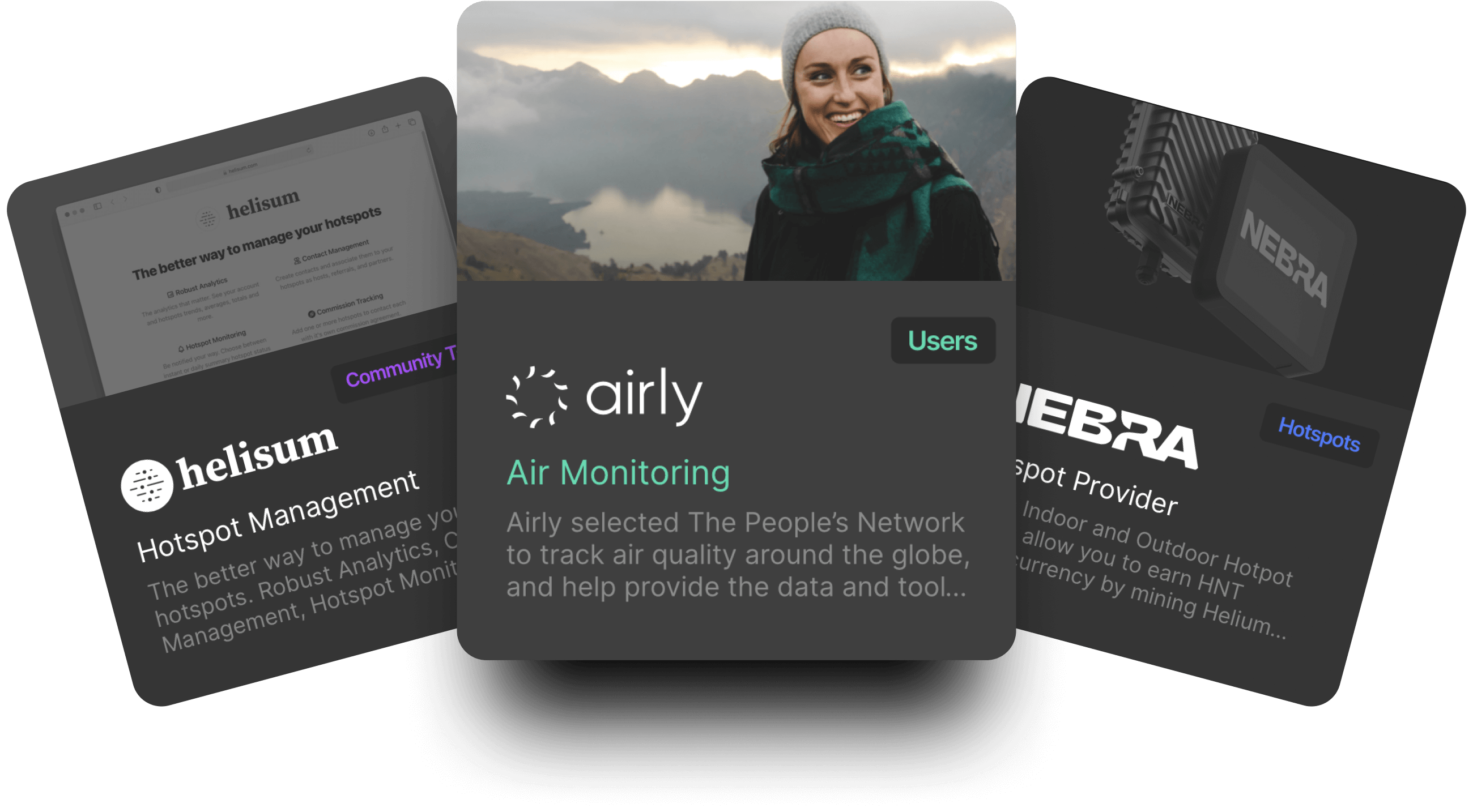 What uses the Network?

How are Tokens Earned?

The amount of HNT distributed to Hotspots depends on the type of “work” they perform based on the value to the network. This validation of network contribution is accomplished by a new work algorithm called Proof-of-Coverage (PoC).

To participate in PoC, Hotspots receive instructions (or 'challenges') from Validators to transmit payloads to any nearby Hotspots to witness and verify. These single-hop challenges are also known as 'beacons'. Hotspots without neighbors earn less as they can only mine HNT for data transfer and are unable to have their beacons verified. After the first year, distribution amounts adjust.

Hotspots that monitor and report Proof-of-Coverage activity (beacons) of other Hotspots receive a portion of HNT depending on how much activity they’ve witnessed, and the reward scaling of the Challengee.

HNT is distributed to Hotspots that transferred data from devices on the network. The amount of HNT is allocated proportionally based on the amount of data a Hotspot transferred.